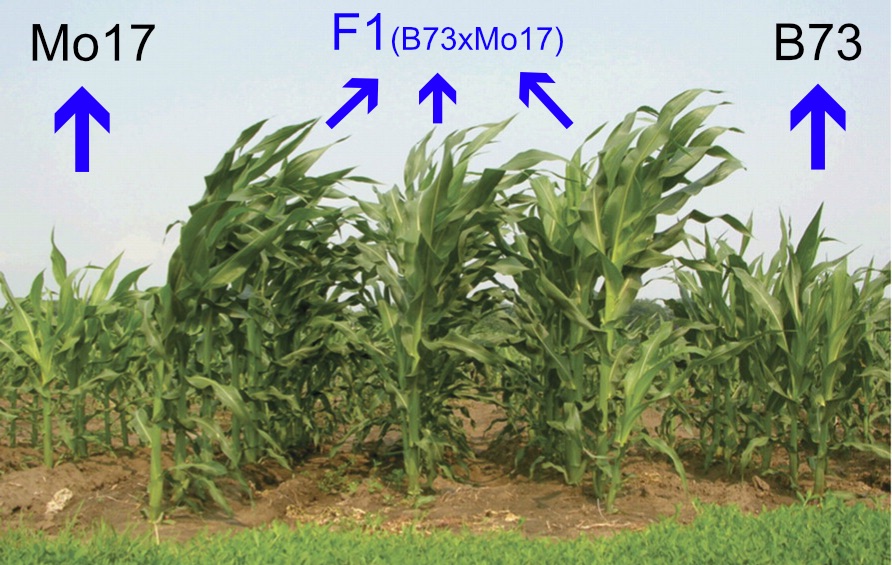 Heterosis, or hybrid vigor, refers to the phenomena in which hybrid offspring exhibits phenotypic characteristics that are superior to either parent. This genetic phenomenon has a substantial impact upon human agriculture practices and is widely used in many crop species despite a complete lack of an understanding of its molecular basis. During the course of a series of studies on allelic variation among maize lines and the prevalence of cis- and trans-regulatory variation, we gathered gene expression profiles for a series of inbred and hybrid maize lines.