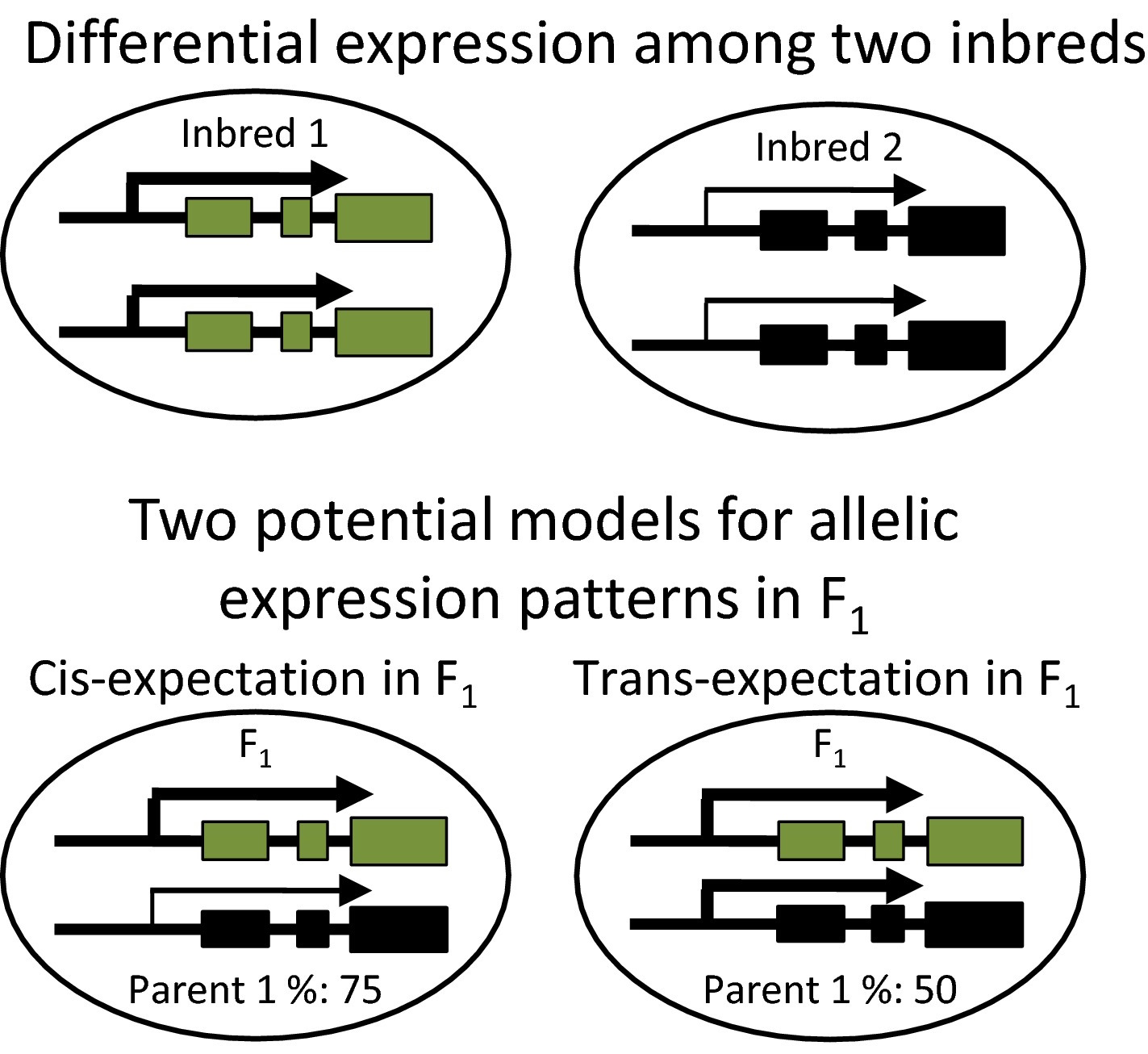 Plants respond to abiotic stress through a variety of physiological, biochemical, and transcriptional mechanisms. Many genes exhibit altered levels of expression in response to abiotic stress, which requires concerted action of both cis- and trans-regulatory features. In order to study the variability in transcriptome response to abiotic stress, RNA sequencing was performed using 14-day-old maize seedlings of inbreds B73, Mo17, Oh43, PH207 and B37 under control, cold and heat conditions. Large numbers of genes that responded differentially to stress between parental inbred lines were identified. RNA sequencing was also performed on similar tissues of the F1 hybrids produced by crossing B73 and each of the three other inbred lines. By evaluating allele-specific transcript abundance in the F1 hybrids, we were able to measure the abundance of cis- and trans-regulatory variation between genotypes for both steady-state and stress-responsive expression differences. Although examples of trans-regulatory variation were observed, cis-regulatory variation was more common for both steady-state and stress-responsive expression differences. The genes with cis-allelic variation for response to cold or heat stress provided an opportunity to study the basis for regulatory diversity.